Division of roles between the Kanban system and the scheduler

Using the Kanban method and the scheduler together

The Kanban system, which is the core of the Toyota Production System, is a system of operation at the manufacturing site to produce the orders received. Since only the "number of Kanban" (number of Kanban x number of units) required by the back-end process is produced by the own process, the flow rate of the Kanban can be fine-tuned to prevent overproduction in case of order cancellation.

The Kanban system is based on the premise that the production capacity is sufficient to meet the order, so it is difficult for parts manufacturers who deliver to automobile manufacturers to operate the system because the demand fluctuates rapidly as the subcontractor hierarchy goes down to "Tier 2" and "Tier 3" rather than "Tier 1". 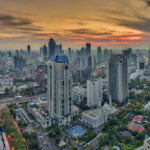 When we visit Japanese trading companies and manufacturers in Indonesia and ask them about their business requirements for system implementation, most of them tell us that they receive "Kanban" from the customer every morning, which corresponds to the delivery instructions for sub-payment of fixed orders received at the beginning of the month.

The Kanban method is an operation method in which a problem is stopped each time it occurs and kaizen activities are carried out through the "Five Whys" (repeating the "Why" five times reveals the cause of a problem that was not initially visible), and then corrected repeatedly in the next month.

The Kanban system is not a system to solve the overload of production resources in response to fluctuations in orders, so it is necessary to determine whether production is actually possible with a different system.

In Indonesia, the PSBB (Large-Scale Social Restriction) was enforced to prevent the spread of the new coronavirus, and both the purchase and production of automobiles have stagnated, resulting in a 79.6% decrease in Indonesian production in April 2020 compared to the same month last year (104,847 units to 21,434 units) and a 90.6% decrease in domestic sales (84,059 units to 7,871 units).

What we should be aware of in the economic stagnation phase is "prevention of overproduction" rather than "how much more we can produce", and one of the methods is to make a plan not to exceed the maximum inventory at the production planning stage and reliably digest the planned quantity on a daily basis.

It is difficult to systemize the work of making a production plan that does not exceed the maximum inventory, and even a slight delay in the plan can have a big impact on the subsequent process.

Because production delays can be caused not only by upstream factors such as additional orders and machine breakdowns, but also by downstream factors such as missing items due to delays in the arrival of raw materials, it is necessary to create a system to prevent shipping delays by allocating raw materials in the warehouse to high-priority orders that are confirmed or have already been delivered.

When we visit Japanese trading companies and manufacturers in Indonesia and ask them about their business requirements for system implementation, most of them tell us that they receive "Kanban" from the customer every morning, which corresponds to the delivery instructions for sub-payment of fixed orders received at the beginning of the month. 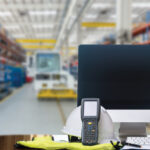 Inventory management using barcodes, which is a common practice in Japanese warehouses, is still being considered by many Japanese companies in Indonesia. 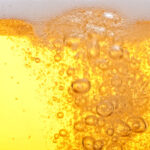 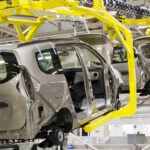 The pull-type kanban system, which operates autonomously on the shop floor to take necessary items from the front-end process and produce only what is missing, is said to be in direct contrast to the MRP production plan created by the push-type system.