However, an easy indicator of the potential of Indonesia's domestic auto market is the fact that Jakarta, with 9.9 million people (only 3.7% of Indonesia's total population of 269 million), accounts for about 20% of the country's auto shipments, and when multiplied by the forecast of a demographic dividend that will last until 2030, when the working-age population is more than twice that of the dependent population, the potential buyers outside of Jakarta are very large.

In particular, the purchasing potential of areas outside of Jakarta on the island of Java, where 60% of the total population is said to be concentrated, is considered to be very high.

In Indonesia, the purchase of cars and motorcycles has stronger asset-building implications than in Japan, and the demand for them is currently decreasing due to the reduced opportunities to go out under the PSBB and a sense of uncertainty about the future, and used car prices are falling due to an increase in the sale of cars as a means to raise money for companies and individuals. However, in the sense before the Corona disaster, the price of a new mass-market car dropped by 10% in the first year and then dropped by 5% thereafter.

If it continues to flow into the used car market at this rate without being scrapped, the roads in town will be saturated with cars sooner or later, but as mentioned above, we can see that there are plenty of places other than Jakarta and other islands to catch them.

I have also bought a used car in Indonesia four times, but the Jeep CJ-7 (made in 1980) I bought in Jakarta in 2007 had a brake and radiator break down while running, and almost caused a serious accident on Rasuna Said Street in Kuningan, so you need to be very careful about older models and submerged cars sold in years when flood damage was heavy.

The potential competitiveness of automotive exports 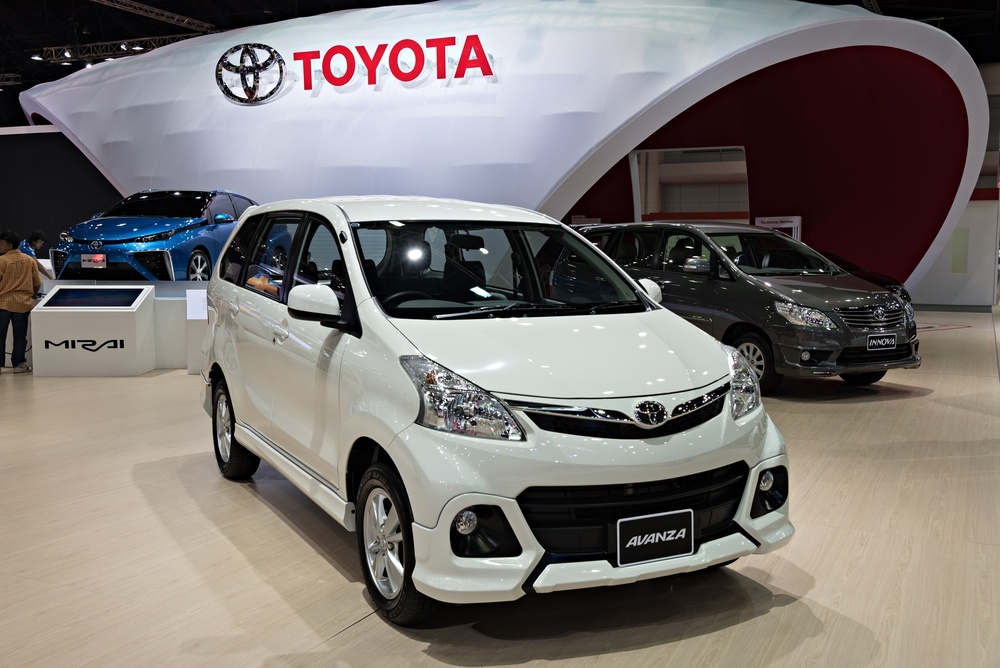 I have visited Thailand many times including my student trip, and I was impressed with many pickup trucks with "TOYOTA" or "ISUZU" written on the back of the cargo bed, compared to many MPV vehicles in Indonesia.

Fortunately, the demand for MPVs, one of the strengths of Indonesia's automobile manufacturing system, has tended to increase in recent years in Asia and Australia, and given the geographical advantage of being closer to Australia than to Thailand, there is room to promote MPV exports based on the reduction of logistics costs, even though our relationship is prone to political conflicts such as territorial sea disputes and the execution of Australian drug offenders in Indonesia.

It is said that Indonesia's current annual vehicle production capacity is 2.2 million units, and with the future industrialization of the automotive industry into xEVs, the country is aiming to make it an export base by upgrading the production of internal combustion engines (ICEs), and to produce 4 million units and export 1.5 million units by 2035, but the productivity at the production site is 20% lower than in Thailand, and the benefits of producing vehicles in Indonesia are low.

As part of the promotion of "Making Indonesia 4.0", which is the guiding principle of Indonesia's national priorities, it is necessary to raise the gross profit margin (marginal profit margin) by developing highly skilled human resources and lowering material costs through local procurement of material components, and to promote the approach of pursuing profits in both downstream (material procurement side) and upstream (finished products side) in order to add high value to the domestic industry.

After voting in Indonesia's presidential election last April 17 at polling stations TPS (Tempat Pemungutan Suara) across the country, a grueling ballot counting process that resulted in more than 500 deaths in about a month, the results of a quick count (a preliminary election based on exit polls) by research firms (Libang Kompas, Indo Barometer, LSI Denny JA, Median, Kedai Kopi) showed that current President Jokowi, supported by Indonesia's largest moderate Islamic organization NU (Nahdlatul 'Ulama), was expected to win more votes in East Java from Central Java, while Prabowo, supported by the radical FPI (Front Pembela Islam), was expected to win more votes in Sumatra from the more Islamic West Java.

The situation of the corona pandemic in Indonesia just before Lebaran

Yesterday, July 16, in front of the National Assembly DPR (Dewan Perwakilan Rakyat), there was a massive demonstration by the Presidium Alumni 212 (PA 212), Front Pembela Islam (FPI) and other Islamic organizations, workers and students.