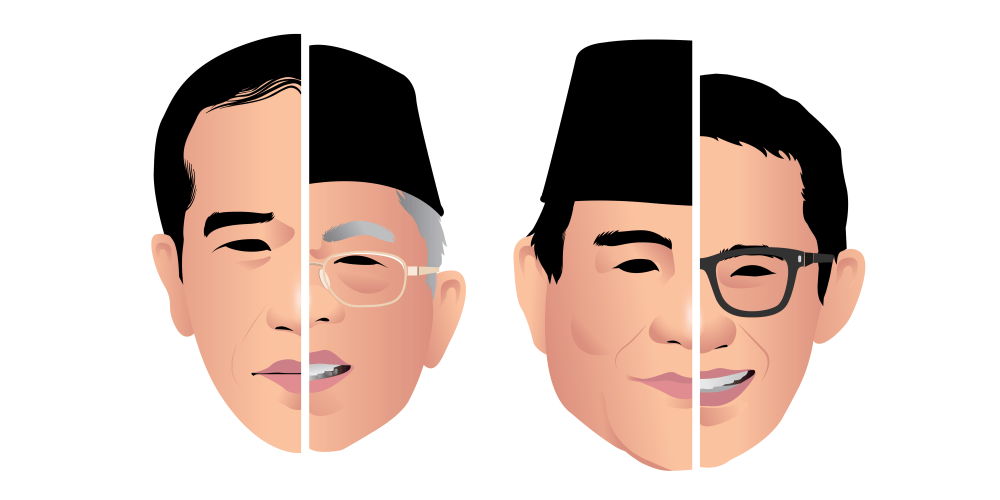 According to a quick count by research firms (Libang Kompas, Indo Barometer, LSI Denny JA, Median, Kedai Kopi), the current President Jokowi is favored by a margin of about 10 points in the presidential election today, Wednesday, April 17, and the DPR-RI (People's Council) is also favored by the ruling first party, the PDI-P.

In the one-on-one battle five years ago, I think the victory was due to a kind of mass hypnosis of the general public, who were curious about the gap between Mr. Jokowi's image of an "ordinary uncle with no selfishness" and "a pragmatist with strong leadership skills".

And this time around, both vice-presidential candidates were chosen very strategically to win the support of the hypnotic Indonesian voters, based on the results of the previous polls.

The vice presidential candidate on Mr. Jokowi's side is Maruf, the former chairman of Indonesia's largest Islamic organization, NU Nahdlatul Ulama, which aims to boost votes in Java and Sumatra, where 78 percent of voters are located, a region with strong mainstream Islamist influence, the biggest cause of a narrow, contrary to expectations, close contest in the presidential election five years ago.

On the other hand, Prabowo, though a military veteran, will be 67 years old this year, and in order to win the support of women and young people, he needs the refreshing image of Sandiaga Uno, the former deputy governor of Jakarta province and a "good-looking young businessman," and the news before the vote showed that Prabowo's supporters were concentrated among young people, as he intended.

In the three debates held during the campaign, Jokowi emphasized his five-year track record, while Prabowo used a strategy of strength and affection, but some 20 years after direct democratic elections began, voters seem to be casting their ballots with a sober mind about who is the right person to lead Indonesia for the next five years.

It is assumed that many Japanese people living in Indonesia were hoping for the re-election of the current President Jokowi in their hearts, even if they did not say so outright, but the reason was that they were worried about the negative impact on the business environment, such as the restrictions on the investment environment for Japanese companies due to excessive preferential policies for domestic companies if Prabowo was elected president.

The official election results (based on real counts) are expected to be known next month, but if the Jokowi administration continues for the next five years or so, there are a number of concerns, including the lame ducking of the administration in the form of corruption among those around the administration, which was seen in the second term of the SBY president, the steep rise in the minimum wage due to surprises from the labor unions, which was seen in the first term of the Jokowi administration, and the lack of response to human rights issues due to excessive concern for certain religious organizations.

High interest in elections among Indonesians

With the liberalization of party activities in 1999, the general election, which was held in the midst of the chaos of many political parties, became a huge celebration throughout Indonesia. It is no exaggeration to say that the topic of conversation at the office, in the taxi cab, and at Block M at night was always "which political party to push". 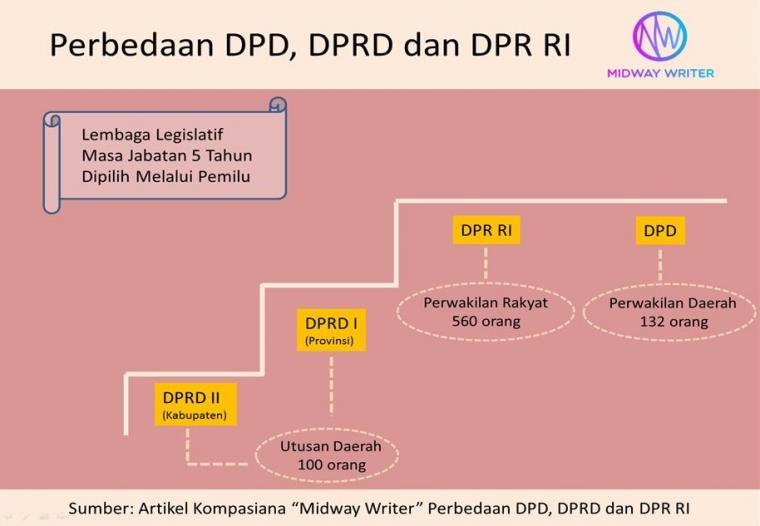 Since Indonesia is a direct election from top to bottom, the public is very interested in politics, and Japan can emulate the efforts of the people to get them to go to the elections, even though today, Wednesday, April 17, a weekday, is a public holiday for the elections. However, since it is difficult to choose from such a large number of people based on their manifestos, people with high visibility, such as entertainers and athletes, have an overwhelming advantage. The KKN (Korupsi Corruption, Kolusi Collusion, Nepotisme Nepotism) has become so underrepresented in recent years that the anti-corruption movement in Indonesia has penetrated to the public level.