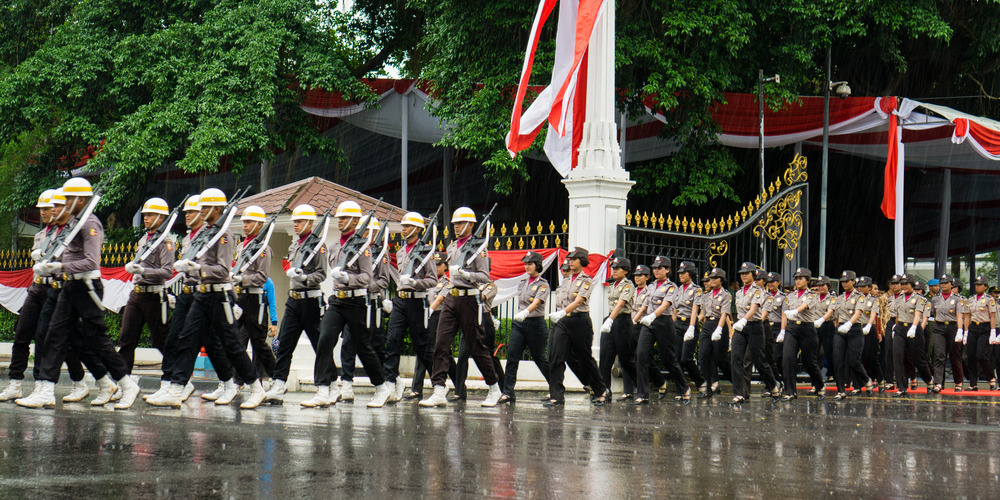 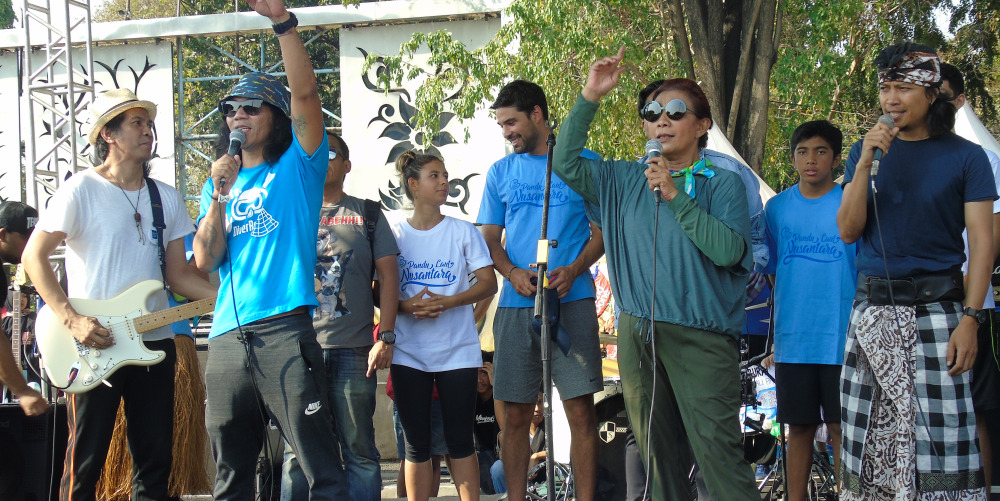 The Jokowi administration, which came to power in 2014, is said to be a staunch supporter of China, and in 2015 China and Japan fought for the Jakarta-Bandung High Speed Rail project, which was expected to be introduced under the Japanese bullet train system, but the Indonesian government rejected the Japanese plan and adopted the Chinese plan.

The exclusive economic zone (EEZ) around the Natuna Islands, located in the southern part of the South China Sea, overlaps with the boundary of the so-called "Nine-dash line," where China claims sovereignty and is at odds with China on the issue of illegal fishing, in which Chinese fishing vessels operate with official vessels.

In 2018, Indonesia ranked 27th in the world in defense spending, about one-sixth the size of ninth-ranked Japan, but the geopolitical risks of being a huge island nation with about 18,000 islands stretching 5,100 km east to west make defense difficult.

In order to defend the Natuna Islands, the Osprey, with its vertical takeoff and landing capability and long range, has been reported to be the second country to purchase the Osprey after Japan (later abandoned due to domestic budget priorities).

President Jokowi asked Foreign Minister Mogi, who visited Indonesia in January 2020, to increase investment in the Natuna Islands, a move that seems to indicate a shift in Japan's pro-China stance to date. As a key location adjacent to the maritime transport zone, support for Indonesia would strengthen Japan's security.

The Formation of the Indonesian National Army

During the Jakarta riots of 1998, roads were blocked off and a curfew was imposed for about two days, and the Indonesian Army (ABRI = Angkatan Bersenjata Republik Indonesia) was in charge of guarding the city's key areas.

At that time, the police was placed under the jurisdiction of the national army, which consisted of the land (TNI-AD), sea (TNI-AL), and air (TNI-AU), but in January 2000, as part of the reforms associated with democratization, the police were separated from the national army（TNI＝Tentara Nasional Indonesia）to the national police (Kepolisian Negara RI).

The extended PSBB was essentially a Jabodetabek lockdown, the first time since the 1998 riots in Jakarta that such a large scale action restriction measure has been in place, but I guess the reason why there is no atmosphere of carnage at all is because the military has not appeared. At that time, ABRI blocked the roads and imposed a curfew for about two days, but this time there was no sign of the TNI at all.

In the immediate aftermath of the riots, we chartered an ojek (motorbike taxi) to reconnoiter the residence of Vice President Habibie in Menten, the area around Monas (Independence Monument) and other places, where the main security force was the Polisi Militer and the Red Beret Army Special Forces Kopassus.

I remember that the Kopassus was the most elite unit in the Army, and I remember the TV news at the time showing a movie-like scene of a Red Beret rescuing a fleeing policeman from a group of rioters by building a human wall to protect him as he ran away, bloodied, after he was beaten to a sack by a mob.

The origin of the current Indonesian National Army is the Hometown Volunteer Army (PETA = Pembela Tanah Air), which was founded by the Imperial Japanese Army in 1943 when it was stationed in Indonesia for the southern campaign.

PETA, which fought at the center of the war of independence with the Netherlands (1945-1949), became the Indonesian National Army during the post-independence Soekarno regime and became deeply involved in politics with the Indonesian Communist Party PKI (Partai Komunis Indonesia).

In 1965, Soeharto, commander of the Army's Strategic Reserve, was one of the first to put down the attempted coup by the Communist Party (PKI) on September 30, 1965, and after the "March 11 political upheaval" that led to the transfer of power to Soeharto in 1966 due to the intensification of anti-PKI and anti-Soekarno presidential demonstrations, the military was able to take over not only the security function but also the political.

Museum Penghianatan PKI, guided by a woman living in Pondok Gede 23 years ago, filled with exhibits of the atrocities of the PKI, which allegedly led the September 30 incident.
She was a Maoist follower under the Soeharto regime at the time, and I asked her, "Why is the Soeharto family so rich? I'll never forget the power of her angry reply, "I don't know. 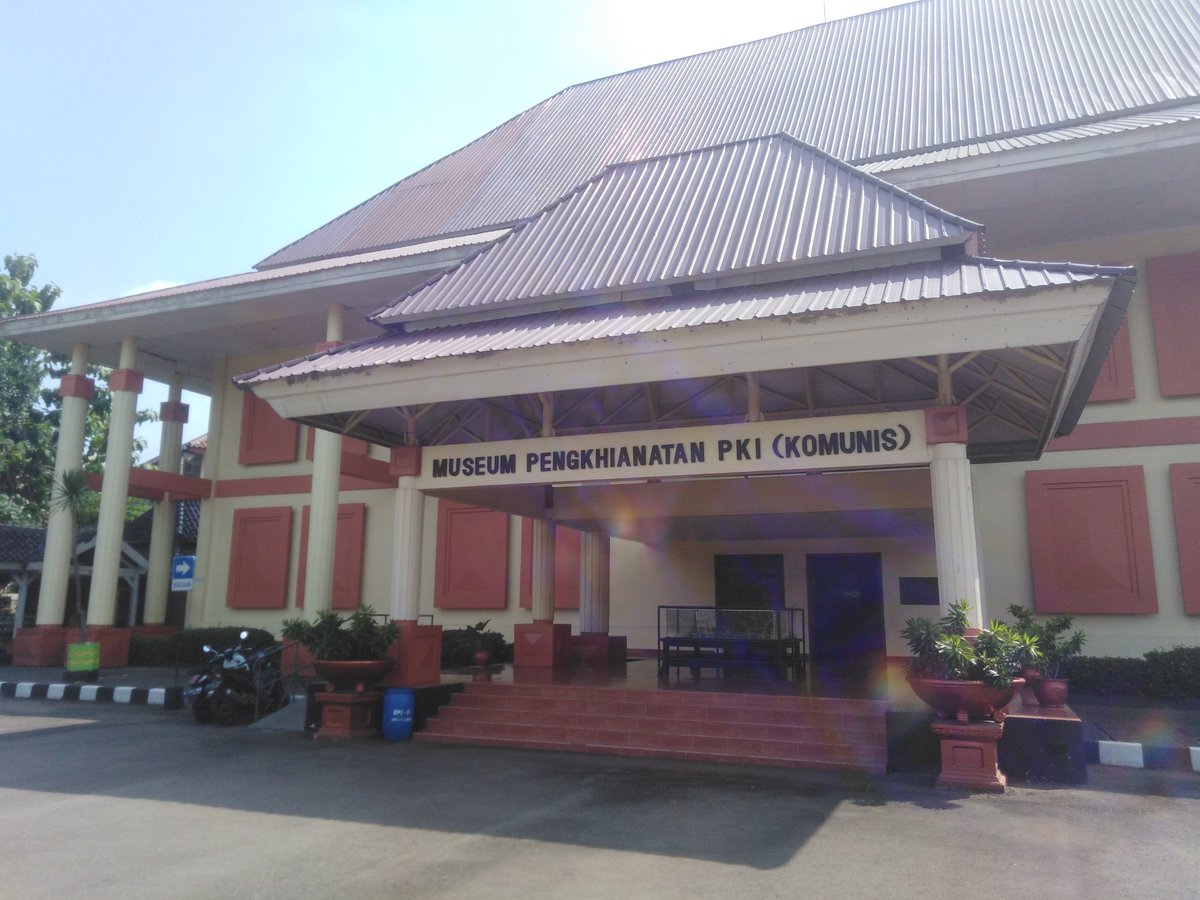 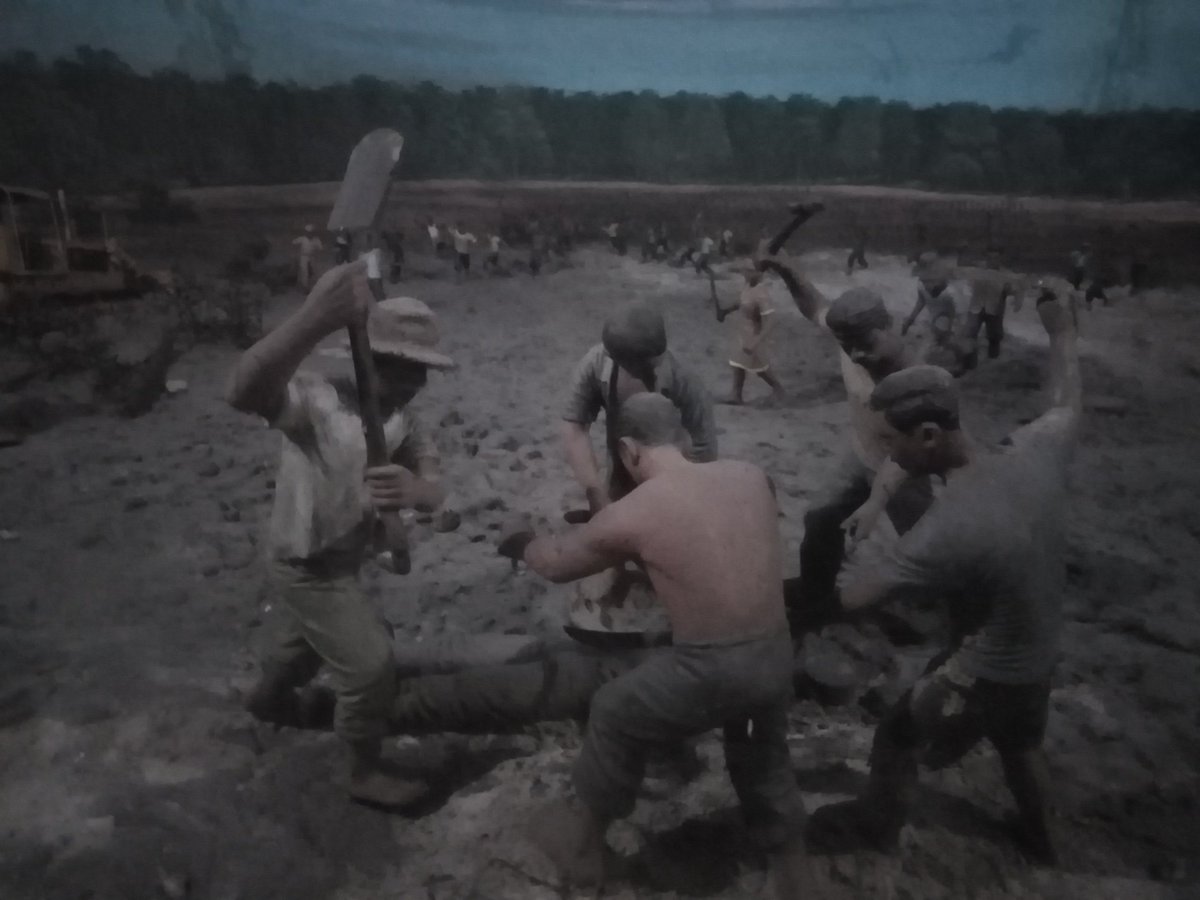 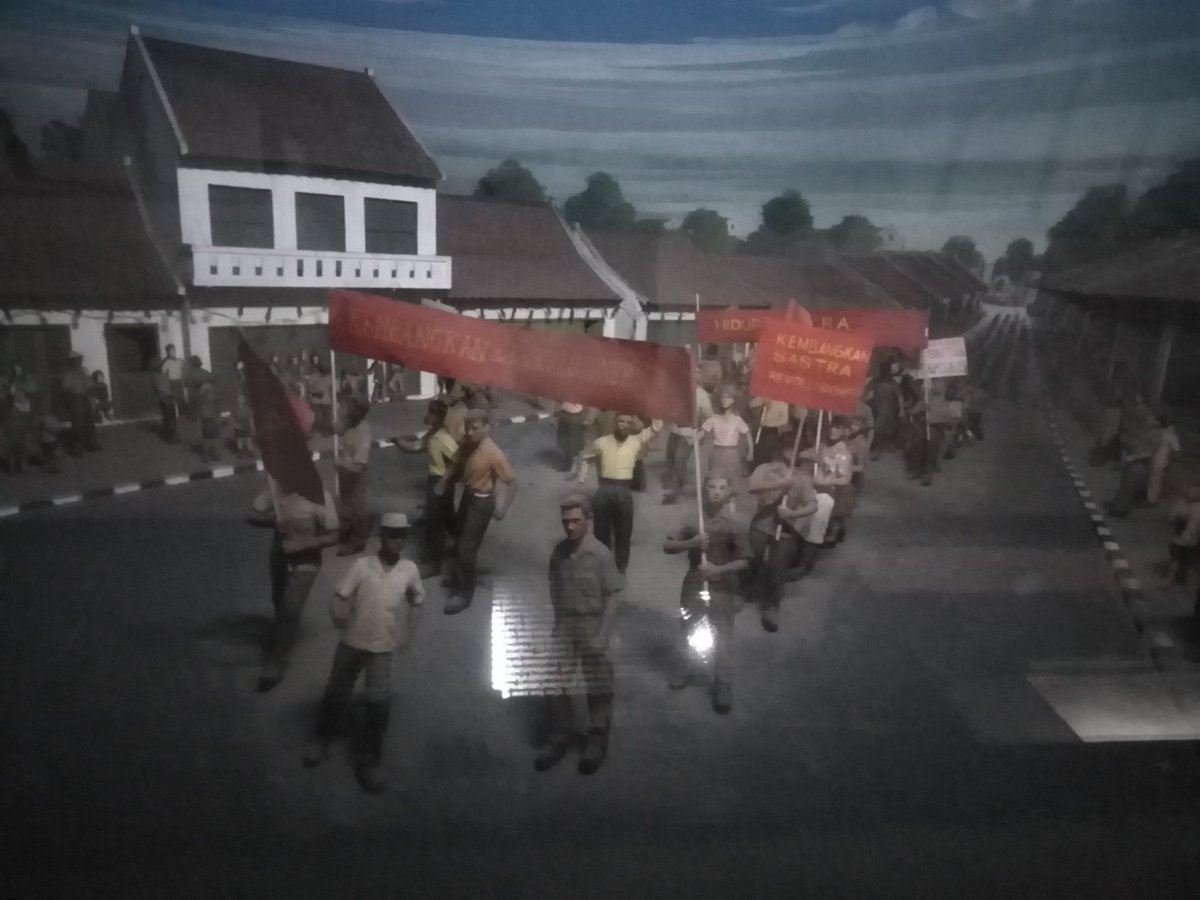 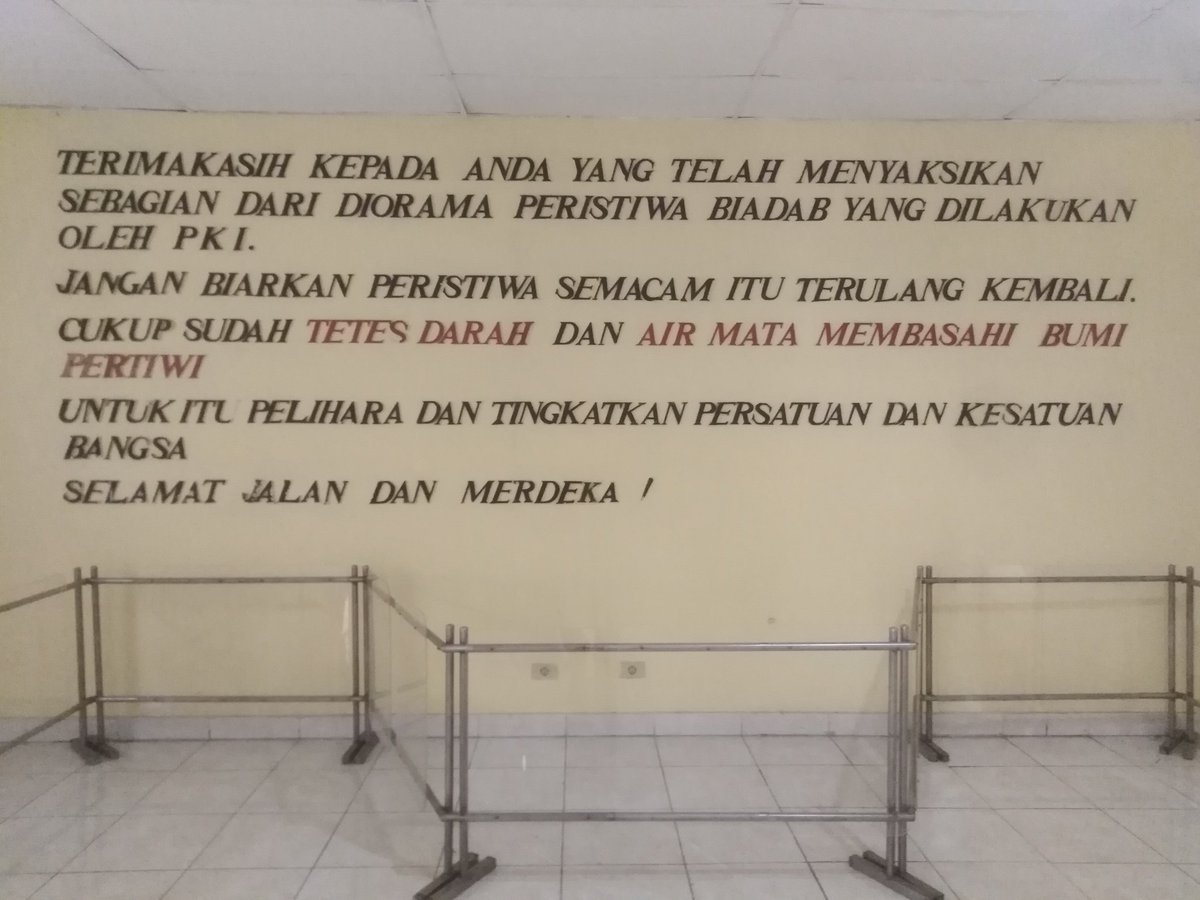 In effect, civilian control was established under President Yudhoyono, who was directly elected by the people for the first time in 2004, and now that the military is a democratic state organization, with the Minister of Defense directly responsible to the President with supreme command authority, the activities of the national military include 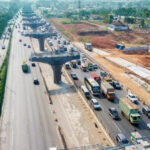 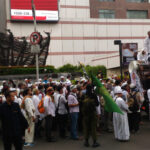 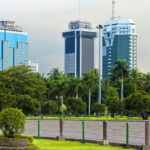 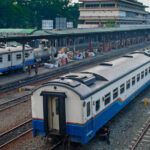