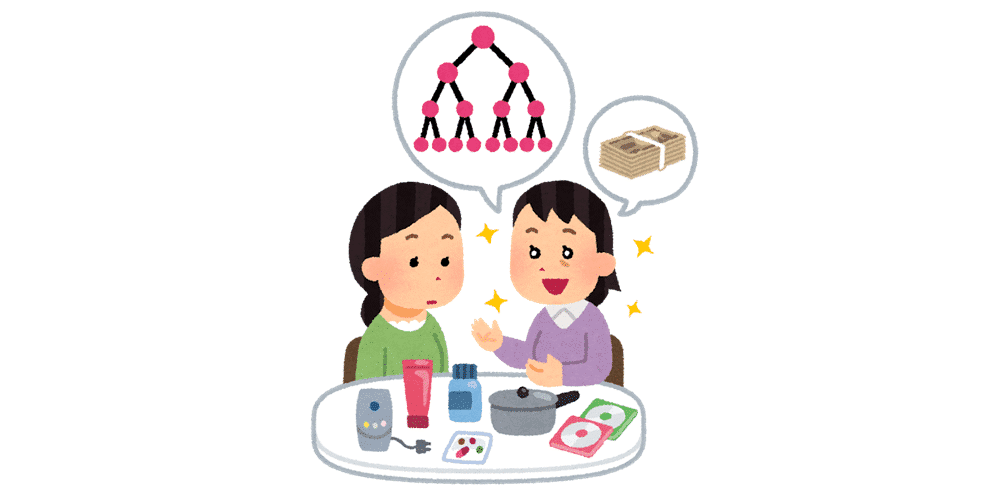 People are lazy, and it is easy for them to jump on the idea of making money by having fun, so information product distributors are taking advantage of this situation and cloning more and more like a ponzi scheme.

In the online business, people who want to make money for fun are more likely to be suckers than ordinary consumers. In a sense, I think it is closer to "B to B" in the sense of "consumers who want to start a business" rather than "B to C".

By the way, when I was a student, I had a part-time job at a coffee shop chain in the south exit of Shinjuku, and the environment there was a little too stimulating for a student's social experience, as it was a hangout for a multi-level marketing group and yakuza.

In the evenings, a smart-looking multi-level manager and some executives would come, and at about 7pm, beautiful bureau girls would come in their droves and the shop would be filled with customers with strong characters.

Because a serious-looking office worker comes in here one by one, you can know that a sucker has come the moment the automatic door is opened if you see it every day.

Their products are health bedding, which is the most popular pyramid scheme. Now, you may not be fooled by the bedding, but the feature of multilevel marketing is to make your target customers want to make money with you, and to do so, it is very important to have an environment to get them in the mood.

It's already giving off a (old) homey, fun-circle atmosphere, just like the TK family.

Especially if you're not immune to girls, it's easy to fall in love with the TK family.

By the time they have had time to cool down and reflect on themselves, they forcibly convince themselves that they had a good time, or they cry themselves to sleep because they feel guilty that they recruited their friends to join the club.

Difference between a pyramid scheme and a network business

First, the Infinite Linkage Prevention Act defines infinite linkage schemes as "ultimately disruptive" and prohibits the act of engaging in such schemes, while at the same time preventing the social harm they cause.

However, if the goal of the pyramid scheme is to sell products such as health bedding or water purifiers, it may not be illegal in some cases, but the following are some of the characteristics that may be considered illegal

These too can be judged in any way that is subjective to the individual, so they are conditional on the condition that they are evaluated in general terms.

So, "What kind of criteria are you using in general terms? If you ask me, it can only be answered as "adult decision".

After all, there is a relevant range that both merchandising business and multilevel marketing (network business) will be overlooked "within a moderate range".

The difference in chain speed between offline and online

In the case of a pyramid scheme of futon sales, there are cases in which even the relatives get into trouble because of the amount of money they have to pay for the materials and the admission fee, and although there is a risk of bankruptcy if it is done poorly, the speed of the chain is slow because it is spread through offline relationships, and the scope of damage is limited to the people involved.

On the other hand, when people are made to buy information products on the Internet, the damage to society is not so serious because they can pay for the products at their own risk.

When the rats are born, they multiply their grandchildren at twice the rate. If the speed of information retrieval for all 70 million people in Japan drops by even 0.1 second, the economic loss is estimated to be far greater than the damage caused by the Ponzi scheme.

Information products like pyramid schemes can make you an unknowing perpetrator of the crime, and it is easy to underestimate the negative impact on society. 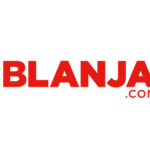 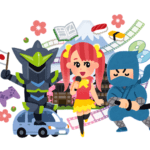