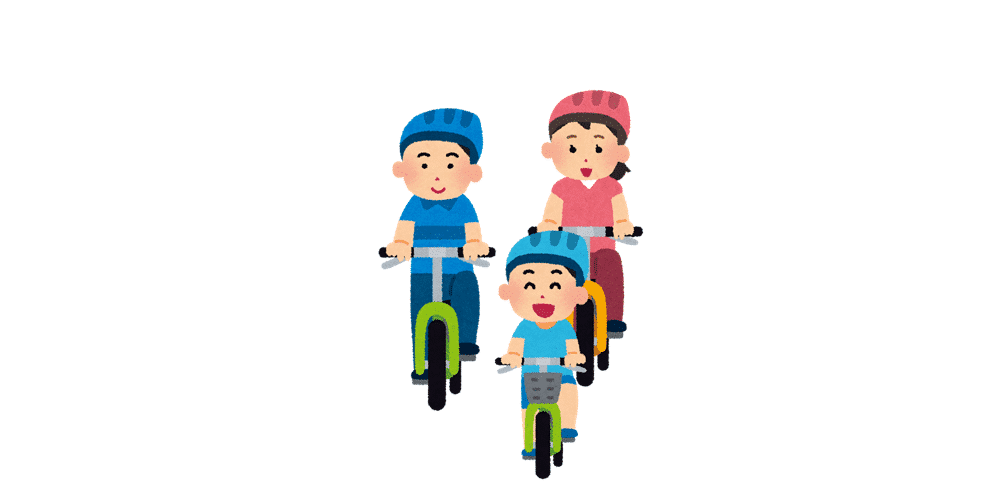 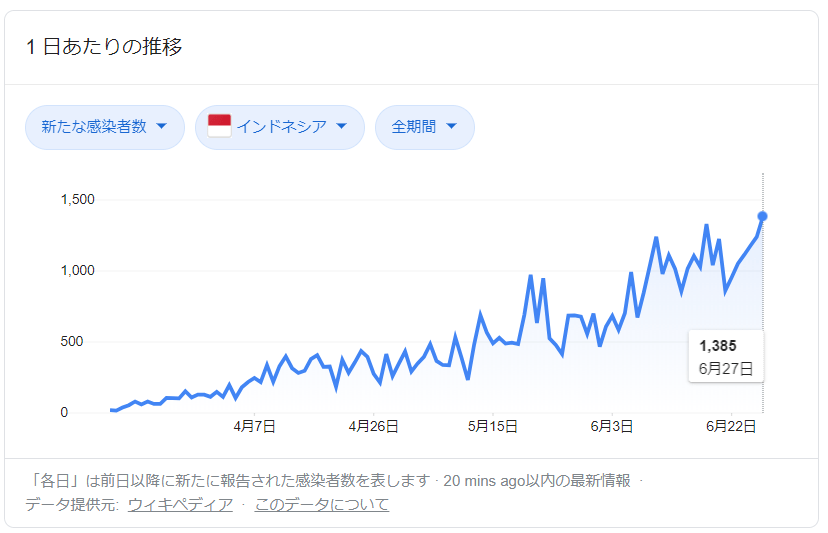 The number of people infected per day is still rising steadily

I think it's a very positive and good idea, even though it's not actually a pedestrian mall. Regardless, quite a few people gathered at the Hotel Indonesia (Bundaran HI) They ended up with people sitting and chatting in their chin masks without any distance between them and the Department of Transportation. Dishub (Dinas Perhubungan), Civil Service Police Satpol PP ( Satuan Polisi Pamong Praja), Police Polisi, Army TNI and others note It seems that they have gone around.

Indonesia's anti-corona measures have been implemented by the National Disaster Management Agency (BNPB = Badan Nasional (Penanggulangan Bencana), a former commander of the Army Special Forces (Copassu) in The Corona Task Force (Gugus), headed by Secretary Doni Monardo Tugas Percepatan Penanganan COVID-19 Coronavirus Disease Task Force) to coordinate and oversee the Indonesian government's efforts to accelerate mitigation. It's a central part of the process, but the batik shirts are a reluctant public relations officer's publicity to the media. Mr. Achmad Yurianto and former Miss International Dr. Reisa Broto, a beautiful female doctor who became the Indonesian representative of the (Asmoro) duo has made a presentation on the status of the infection and measures to combat it, and this publicity to the public I think the way in which Japan should learn from Indonesia. 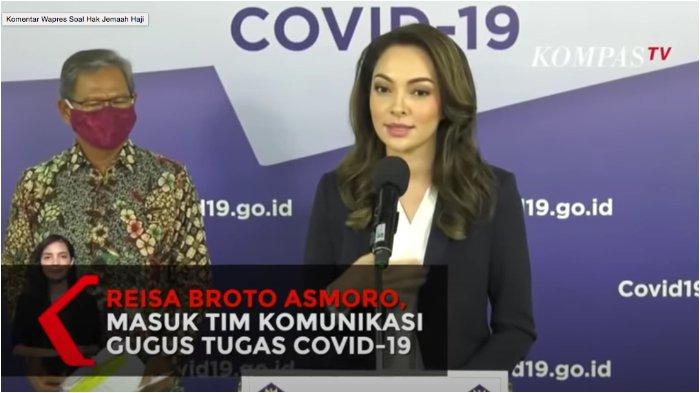 According to Dr. Reisa, the period of adaptation to the new normal (kondisi adaptasi In kebiasaan baru), lack of exercise lowers the immune system (menurunkan imunitas) and thus increase the risk of infection (risiko terinfeksi) in moderation Boost your immunity with good exercise (olahraga dalam intensitas sedang) ( (meningkatkan imunitas) but intense high-intensity intervals that are important Training (latihan dengan intensitas tinggi) on the contrary immunity The following is a list of precautions to take when exercising in public

The unprecedented bicycle boom is upon us.

Just last night when I drove through the area of Sudirman Road from Sunayan, there were so many bicycles that I thought Jakarta had become like China a long time ago, and I was very cautious about driving because of the number of bicycles, and as if they were getting high, they were obstructing the roadway even if they overstepped in the middle of the roadway with a look of indifference. 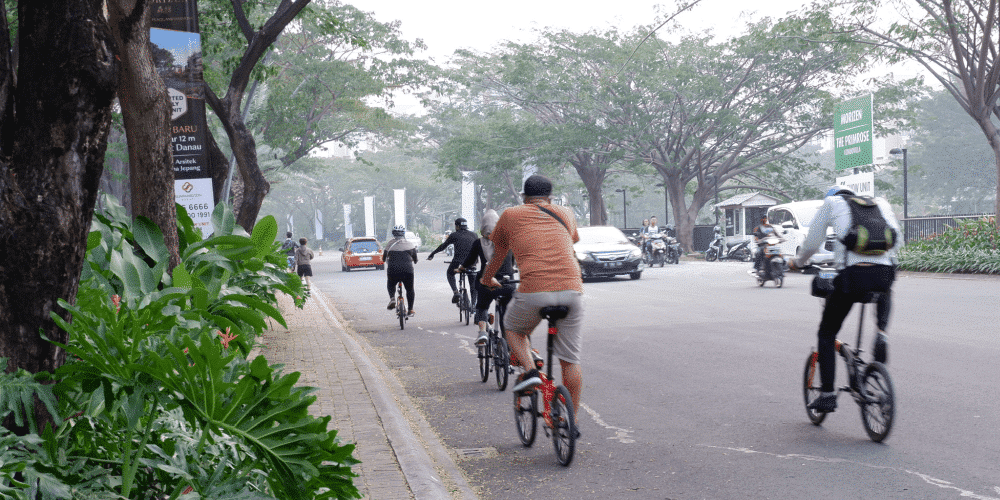 More and more people are riding bicycles in the morning and evening in the residential areas of Bekasi.

During the PSBB, Indonesians who recognized the necessity of exercise for some reason seemed to be enjoying a bicycle boom, and the sales of bicycle shops in the city, which used to be a mere one or two bikes sold in normal times, jumped to 40 juta a day.

In fact, during the PSBB, we went to ACE Hardware to look at bicycles too, and 2 I was surprised to see that most of the affordable bicycles for about juta or less had a SOLD OUT tag on them. However, most of the models are sporty models that are driven with a forward leaning posture, and I personally like to drive them. Japanese with a stable feel inside and a convenient basket to go shopping in Indomaret. I want a mamachari, but I still haven't seen one in Indonesia.

The Jakarta Provincial Transportation Department has been promoting bicycle use for several years now to reduce air pollution caused by the emissions of two-wheeled and four-wheeled vehicles that are emitted from the ever-increasing number of motorcycles and four-wheeled vehicles, and they have already installed a bicycle route (jalur sepeda) around Sunayan, but this time they expect the number of cyclists in the area to increase tenfold in the future with the installation of a bicycle route in the leftmost lane of Sudirman and Thamrin streets.

The situation of the corona pandemic in Indonesia just before Lebaran

Where did Indonesia get its independence from?

Today, August 17 (Saturday) is Indonesia's 74th Independence Day, and there will be commemorative ceremonies at public institutions and schools, the residential areas will be filled with a "Lomba Makan Kerupuk" competition, and drinks will be half-priced at Starbucks.

Last August, my wife and I tried to stay at a hot spring hotel in Guci, a village deep in the mountains, 45km south of Tegal, Central Java, without a reservation at around 8pm, but we were asked to show our surat nikah (marriage certificate) in accordance with Sharia (syariah).

Memories of the Revolution in Indonesia

After Suharto's resignation in 1998, Indonesia's buzzwords were all excellent and frankly representative of national sentiment, with the Reformasi (revolution) followed by the krisis moneter (financial crisis) and Cinta Rupia (let's love the rupiah) being the third buzzword that spontaneously arose when the country was on the verge of tilting.